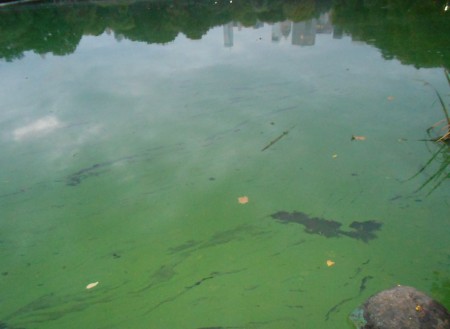 Although this was only a half-day of talks, the third day of the workshop was equally thought-challenging and diverse.  (I managed to miss the ten first minutes by taking a Line 3 train to 125th street, having overlooked the earlier split from Line 1… Crossing south Harlem on a Sunday morning is a fairly mild experience though.) Jean-Marc Azaïs gave a personal recollection on the work of Mario Wschebor, who passed away a week ago and should have attended the workshop. Nan Chen talked about the Monte Carlo approximation of quantities of the form

which is a problem when f is non linear. This reminded me (and others) of the Bernoulli factory and of the similar trick we use in the vanilla Rao-Blackwellisation paper with Randal Douc. However, the approach was different in that the authors relied on a nested simulation algorithm that did not adapt against f. And did not account for the shape of f. Peter Glynn, while also involved in the above, delivered a talk on the initial transient that showed possibilities for MCMC convergence assessment (even though this is a much less active area than earlier). And, as a fitting conclusion, the conference organiser, Jingchen Liu gave a talk on non-compatible conditionals he and Andrew are using to handle massively-missing datasets. It reminded me of Hobert and Casella (1996, JASA) of course and also of discussions we had in Paris with Andrew and Nicolas. Looking forward to the paper (as I have missed some points about the difference between true and operational models)! Overall, this was thus a terrific workshop (I just wish I could have been able to sleep one hour more each night to be more alert during all talks!) and a fantastic if intense schedule fitting the start of the semester and of teaching (even though Robin had to teach my first R class in English on Friday). I also discovered that several of the participants were attending the Winter Simulation Conference later this year, hence another opportunity to discuss simulation strategies together.