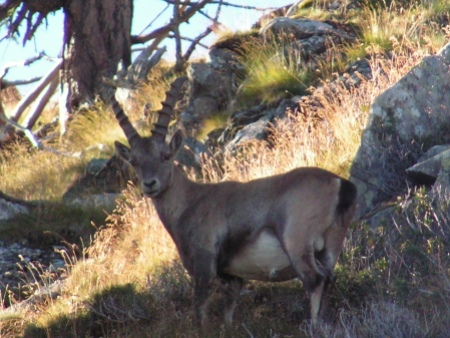 The riddle of the week is about 10 goats sequentially moving to their room, which they have chosen at random and independently (among ten rooms), unless another goat already occupies the room, in which case they move to the first free room with a higher number or fail. What is the probability that all goats end up in a room?

Coding the experiment is straightforward:

returning an estimated probability of approximately 0.764.

As I had some free time during the early mornings at ISBA 2022, I tried to reformulate the question as a continuous event on uniform order statistics, turning to be at most one uniform larger than (N-1)/N, at most two larger than (N-2)/N, and so on… Asking the question on math.stackexchange quickly produced an answer that reversed engineered my formulation back to the goats (or parking lot), with a generic probability of

which of course coincides with the Monte Carlo approximation!

As an aside, I once drank South-African wines named Goats-do-Roam and Goat-Roti at my friends Jim and Maria’s place,  and they were quite enjoyable!