It's relatively easy to find the player who has scored the most goals in the last 12 years (hello, Lionel Messi). But which professional football (soccer) player is the best finisher, i.e. which player is most likely to put a shot they take into the goal?

You can't simply use the conversion rate (the ratio of shots taken to goals scored), because some players play more shots a long way from the goal while others get more set-ups near the goal. To correct for that, the blog Barça Numeros used a Bayesian beta-binomial regression model to weight the conversion rates by distance, and then ranked each player for their goal scoring rate at 25 distances from the goal. (The analysis was performed in R using techniques described in David Robinson's book Introduction to Empirical Bayes: Examples from Baseball Statistics, which is available online.)

Here's a chart comparing the ranks of Messi, Zlatan Ibrahimovic, Ronaldo Cristiano, Paulo Dybala and Allesandro Del Piero, at each distance, showing Messi to be the best finisher of these players at all ranges: 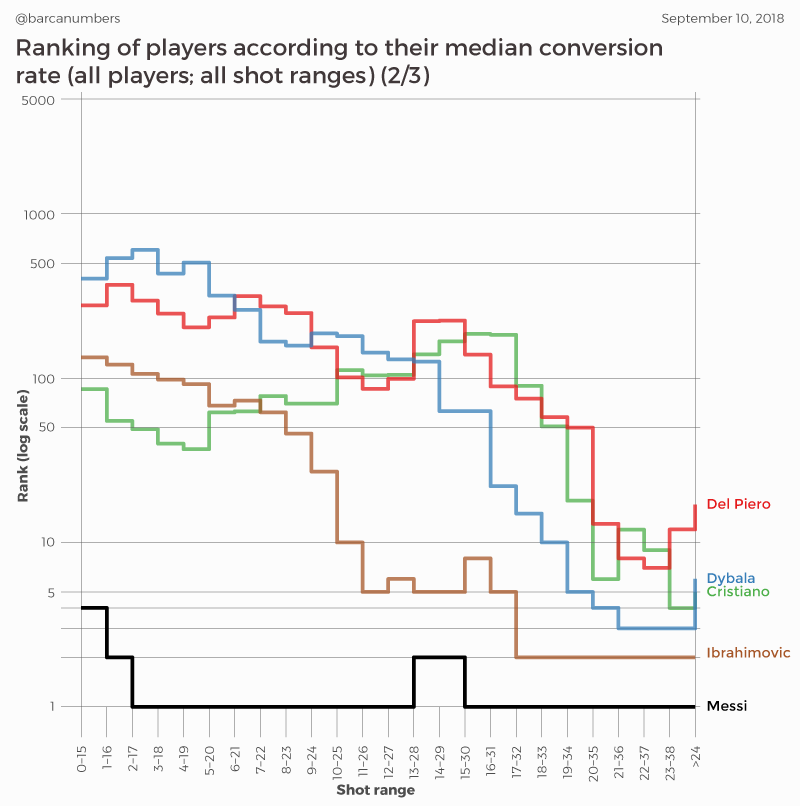 For an overall ranking for each player, the blog used the median rank across the 25 shot distances — a ranking that places Lionel Messi as the greatest finisher of the last 12 years. 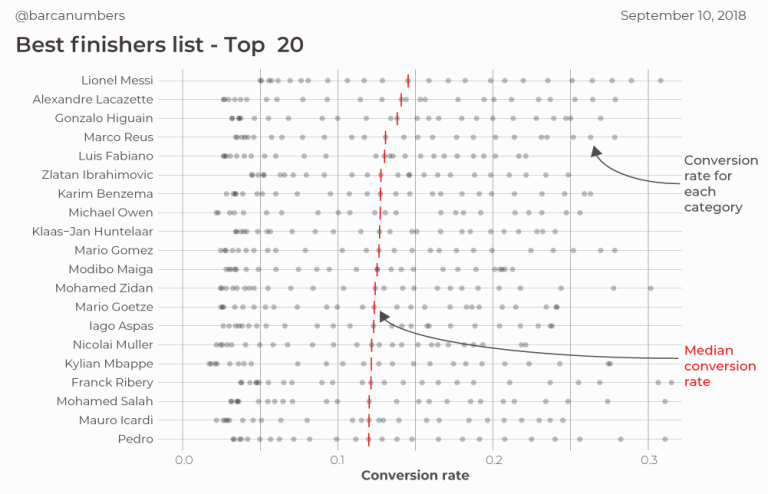 For more details behind the analysis (and many more charts), check out the complete blog post linked below.

Barça Numeros: Who are the best finishers in contemporary football? (via @barcanumbers)