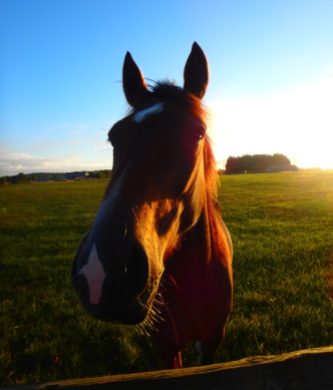 The Riddler of this week had a riddle that is a variation of the knight tour problem, namely

“…how long is the longest path a knight can travel on a standard 8-by-8 chessboard without letting the path intersect itself?”

the riddle being then one of a self-avoiding random walk [kind]… As I could not get back to sleep last night, I spent a couple hours (!) on this riddle, programming a random walk [or more accurately, a random canter]. This is a brute-force approach in that I pick any acceptable move with the same probability and stop when there is no further move available. [The title refers to the recommendation to avoid the rim of the chessboard with a knight: “a knight on the rim is grim”…]

with my function nexx a rather clumsy 50 lines business of selecting one acceptable move from the current position curr. This function returns the proposed move as well as the updated board with zeros in squares already visited by the knight. Which highlights the ambiguity in the question, namely how one defines the path of a knight? For an acceptable knight move from A to B, there are two possible paths: either take two steps in one direction and one in the orthogonal direction or the opposite. I thus pick one of the two (at random) and prohibit further visits to those squares. An alternative meaning of the question could be that the line joining A to B cannot be crossed ever again, which excludes less moves (but is more cumbersome to code). Anyway, with the former interpretation of a path, repeating the self-avoiding moves led to a maximum of 19 moves, with one solution exhibited below. (Since (64-1)/3=21, it is conceivable that the true maximum is 20 or even 21. In the path representation below, it seems possible to include yet another move by going to (4,1) instead of (4,5). But this is apparently excluded by the square representation on the right. Why is why the path representation is somewhat confusing!)