By Tony Hirst
[This article was first published on Rstats – OUseful.Info, the blog…, and kindly contributed to R-bloggers]. (You can report issue about the content on this page here) Want to share your content on R-bloggers? click here if you have a blog, or here if you don't.
ShareTweet

Since getting started with generating templated R reports a few weeks ago, I’ve started spending the odd few minutes every race weekend around looking at ways of automating the generation of F1 qualifying and race reports.

Im yesterday’s race, some of the commentary focussed on whether MAS had given BOT an “assist” in blocking VET, which got me thinking about better ways of visualising whether drivers are stuck in traffic or not. 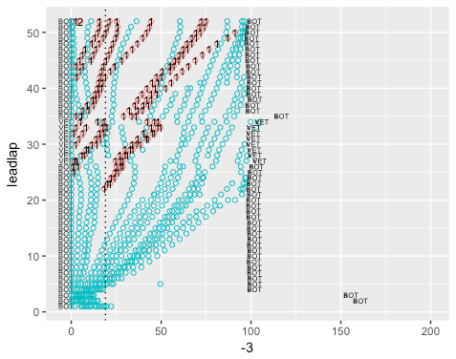 One way to help keep track of things from the perspective of a particular driver, rather than the race leader, is to rebase the origin of the x-axis relative to the that driver.

In my track chart code, I use a dataframe that has a trackdiff column that gives a time offset on track to race leader for each lead lap.

Rebasing for a particular driver simply means resetting the origin with respect to that time, using the trackdiff time for one driver as an offset for the others, to create a new trackdiff2 for use on the x-axis.

Here’s how it looks for MAS: 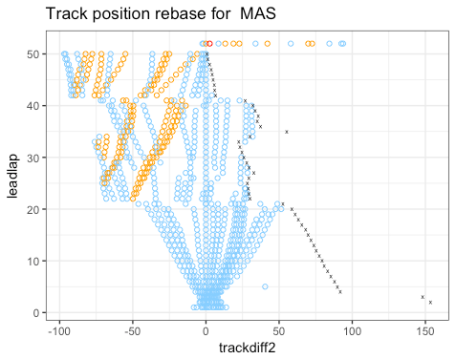 But not so useful for BOT, who led much of the race: 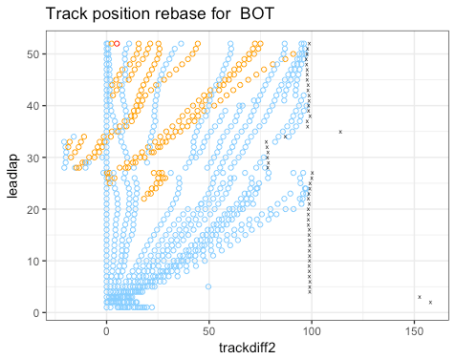 This got me thinking about text concordances. In the NLTK text analysis package, the text concordance function allows you to display a search term centred in the context in which it is found: 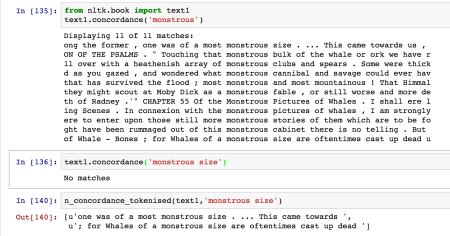 The concordance view finds the location of each token and then displays the search term surrounded by tokens in neighbouring locations, within a particular window size.

Plotting against the accumalated laptime delta on the x-axis gives a chart like this: 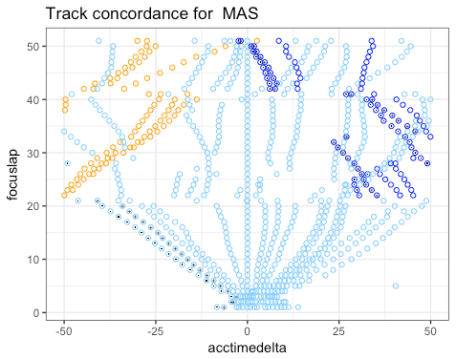 If we add in horizontal rules to show laps where the specified driver pitted and vertical bars to show pit windows, we get a much richer particular of the race from the point of view of the driver. 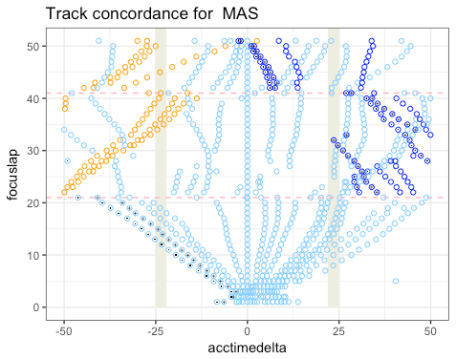 Here’s how it looks from the perspective of BOT, who led most of the race: 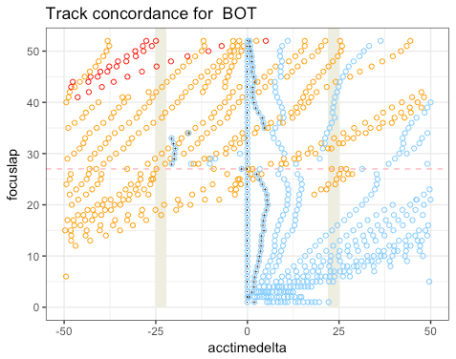 Different symbols inside the markers can be used to track different drivers (in the above charts, BOT and VET are highlighted). The colours are used to identify whether or not cars on the same lap as the specified driver, are cars on laps ahead for shades of blue then green (as per “blue flag”) and orange to red for cars on increasing laps behind (i.e. backmarkers from the perspective of the specified driver). If a marker is light blue, that car is on the same lap and you’re racing…

All in all, I’m pretty chuffed (for now!) with how that chart came together.

And a new recipe to add to the Wrangling F1 Data With R book, I guess..

PS in response to [misunderstanding…] a comment from @sidepodcast, we also have control over the concordance window size, and the plotsize: 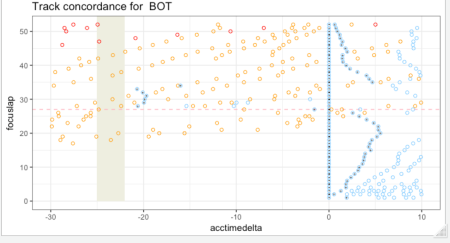 Generating hi-res versions in other file formats is also possible.

PPS On the track position charts, I just noticed that where cars are lapped, they fall off the radar… so I’ve added them in behind the leader to keep the car count correct for each leadlap… 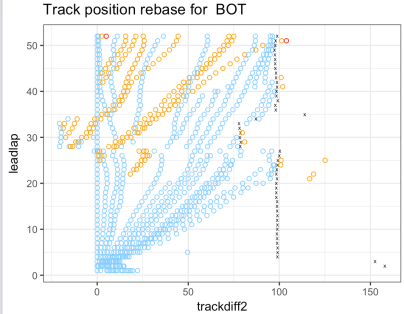