[This article was first published on R, and kindly contributed to R-bloggers]. (You can report issue about the content on this page here) Want to share your content on R-bloggers? click here if you have a blog, or here if you don't.
ShareTweet

Should I choose R or Python to start learning data science? 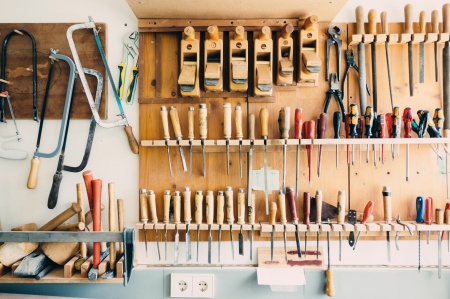 If you are newly entering the world of data science and not have tried either of these languages it is easy to land into this question. In this post we shall carefully examine both with the needs of data science in mind.

The major power of R is it’s user community which offers extensive support and has developed the package base CRAN.

R has a steep learning curve and is generally built for stand alone systems. Although there are several packages to speed up the process.

If you are a beginner, I would strongly recommend downloading RStudio which is the de facto IDE for R

Python is great programming language and is very easy to start with. You can easily perform most of the data science task like data wrangling, munging, visualization and of course it has a great machine learning library – scikit learn. If you are already familiar with Java/C++, it is straightforward to get started with Python.

According to the data science survey conducted by O’Reilly almost 40% of the data scientists use Python to solve their problems. Python also has a great community of open source packages.

Clash of the Titans: Python vs R

It is indeed clash of the titans of the data science world. Here are a few guidelines which you could use to choose the language.

Coming from an engineering background I chose python as it was more natural to me. Later explored in to R to understand its strengths and support. The best way is to start one and learn the other to work on its strengths.

R has a steep learning curve as compared to python. But deliberate practice could help you climb the ladder faster.  In order to learn R I chose to use R for my projects deliberately, there by gaining knowledge and experience using it.

Often the type of problem your solving has a bearing on the choice of language. If the nature of the problem at hand is to do thorough data analysis then I choose R, but If I need to write quick scripts to get things done, scrape the web then it is simpler to use Python.

Often overlooked but an important data science activity is the ability to communicate results and  exchange ideas. IPython notebooks are a beauty in itself providing the best interface to communicate, shortly followed by R Markdowns.

As a data scientist it is always best to open to learn more tools. Preferring one over the other may be good to start with, but it is always know and use the tools to their best strengths.