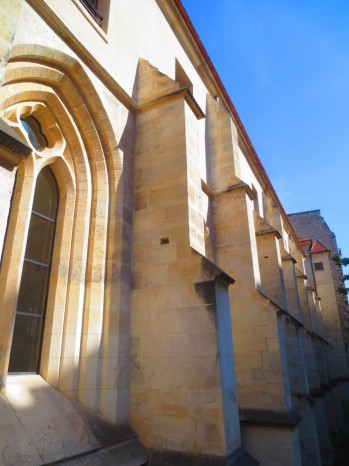 Today I gave a talk on Bayesian model choice in a fabulous 13th Century former monastery in the Latin Quarter of Paris… It is the Collège des Bernardins, close to Jussieu and Collège de France, unbelievably hidden to the point I was not aware of its existence despite having studied and worked in Jussieu since 1982… I mixed my earlier San Antonio survey on importance sampling approximations to Bayes factors with an entry to our most recent work on ABC with random forests. This was the first talk of the 8th R/Rmetrics workshop taking place in Paris this year. (Rmetrics is aiming at aggregating R packages with econometrics and finance applications.) And I had a full hour and a half to deliver my lecture to the workshop audience. Nice place, nice people, new faces and topics (and even andouille de Vire for lunch!): why should I complain with an alas in the title?! 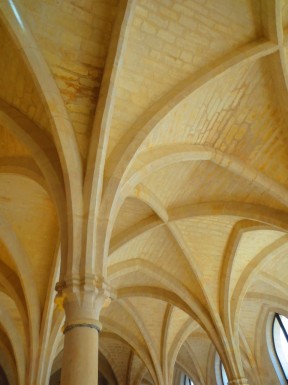 What happened is that the R/Rmetrics meetings have been till this year organised in Meielisalp, Switzerland. Which stands on top of Thuner See and… just next to the most famous peaks of the Bernese Alps! And that I had been invited last year but could not make it… Meaning I lost a genuine opportunity to climb one of my five dream routes, the Mittelegi ridge of the Eiger. As the future R/Rmetrics meetings will not take place there.

A lunch discussion at the workshop led me to experiment the compiler library in R, library that I was unaware of. The impact on the running time is obvious: recycling the fowler function from the last Le Monde puzzle,

shows a ten- to twenty-fold gain in system time, if not in elapsed time (re-alas!).