[This article was first published on woodpeckR, and kindly contributed to R-bloggers]. (You can report issue about the content on this page here) Want to share your content on R-bloggers? click here if you have a blog, or here if you don't.
ShareTweet

Especially in a project with many different scripts, it can be challenging to keep track of all the packages you need to load. It’s also easy to lose track of whether or not you’ve incorporated package loading into the script itself until you switch to a new computer or restart R and all of a sudden, your packages need to be re-loaded.

When I was first starting out in R, I learned quickly to load packages all together at the top of a script, not along the way as I needed them. But it took a while, until I started using R Projects, before I decided to centralize package loading above the script level. I was sick of having to deal with loading the right packages at the right times, so I decided to just streamline the whole thing.

It looks something like this (individual libraries may vary, of course): 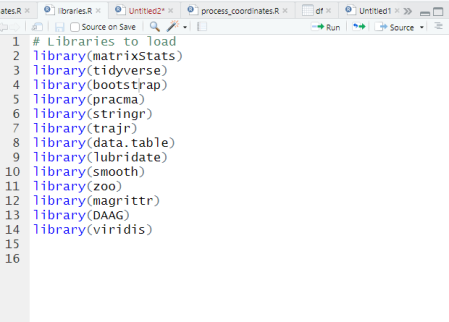 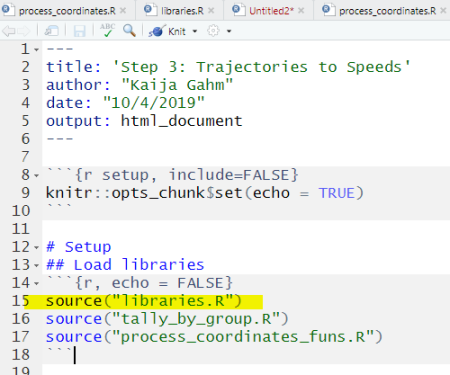 I can easily load libraries in the context of a single R Project, keep track of which ones are loaded, and not have to worry about making my scripts look messy with a whole chunk of library() commands at the top of each one. It’s also straightforward to pop open the “libraries” script whenever I want to add a new library or delete one.