[This article was first published on R – When Localhost Isn't Enough, and kindly contributed to R-bloggers]. (You can report issue about the content on this page here) Want to share your content on R-bloggers? click here if you have a blog, or here if you don't.
ShareTweet 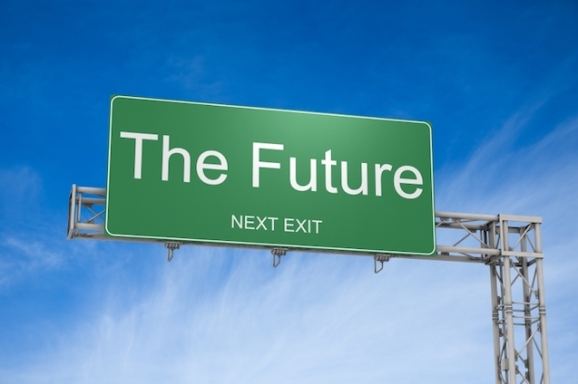 Every now and again someone comes along and writes an R package that I consider to be a ‘game changer’ for the language and it’s application to Data Science. For example, I consider dplyr one such package as it has made data munging/manipulation that more intuitive and more productive than it had been before. Although I only first read about it at the beginning of this week, my instinct tells me that in Henrik Bengtsson’s future package we might have another such game-changing R package.

The future package provides an API for futures (or promises) in R. To quote Wikipedia, a future or promise is,

… a proxy for a result that is initially unknown, usually because the computation of its value is yet incomplete.

A classic example would be a request made to a web server via HTTP, that has yet to return and whose value remains unknown until it does (and which has promised to return at some point in the future). This ‘promise’ is an object assigned to a variable in R like any other, and allows code execution to progress until the moment the code explicitly requires the future to be resolved (i.e. to ‘make good’ on it’s promise). So the code does not need to wait for the web server until the very moment that the information anticipated in its response it actually needed. In the intervening execution time we can send requests to other web servers, run some other computations, etc. Ultimately, this leads to faster and more efficient code. This way of working also opens the door to distributed (i.e. parallel) computation, as the computation assigned to each new future can be executed on a new thread (and executed on a different core on the same machine, or on another machine/node).

The future API is extremely expressive and the associated documentation is excellent. My motivation here is not to repeat any of this, but rather to give a few examples to serve as inspiration for how futures could be used for day-to-day Data Science tasks in R.

To demonstrate the syntax and structure required to achieve this aim, I am going to delegate to a future the task of estimating the mean of 10 million random samples from the normal distribution, and ask it to spawn a new R process on a different core in order to do so. The code to achieve this is as follows,

The above example can easily be turned into a function that outputs dots (...) to the console until the future can be resolved and return it’s value,

Here, resolved(f) will return FALSE until the future f has finished executing.

I can recall many situations where futures would have been handy when writing R scripts. The examples below are the most obvious that come to mind. No doubt there will be many more.

In the past, when I’ve felt the need to distribute a calculation I have usually used the mclapply function (i.e. multi-core lapply), from the parallel library that comes bundled together with base R. Computing the mean of 100 million random samples from the normal distribution would look something like,

Perhaps more importantly, the script will be ‘blocked’ until sub_means has finished executing. We can achieve the same end-result, but without blocking, using futures,

We can compare computation time between the single and multi-threaded versions of the mean computation (using the microbenchmark package),

We can see that the multi-threaded version is nearly 3 times faster, which is not surprising given that we’re using 3 extra threads. Note that time is lost spawning the extra threads and combining their results (usually referred to as ‘overhead’), such that distributing a calculation can actually increase computation time if the benefit of parallelisation is less than the cost of the overhead.

I have often found myself in the situation where I need to read several large CSV files, each of which can take a long time to load. Because the files can only be loaded sequentially, I have had to wait for one file to be read before the next one can start loading, which compounds the time devoted to input. Thanks to futures, we can can now achieve asynchronous input and output as follows,

Running microbenchmark on the above code illustrates the speed-up (each file is ~50MB in size),

The same pattern can be applied to making HTTP requests asynchronously. In the following example I make an asynchronous HTTP GET request to the OpenCPU public API, to retrieve the Boston housing dataset via JSON. While I’m waiting for the future to resolve the response I keep making more asynchronous requests, but this time to http://time.jsontest.com to get the current time. Once the original future has resolved, I block output until all remaining futures have been resolved.

The same logic applies to accessing databases and executing SQL queries via ODBC or JDBC. For example, large complex queries can be split into ‘chunks’ and sent asynchronously to the database server in order to have them executed on multiple server threads. The output can then be unified once the server has sent back the chunks, using R (e.g. with dplyr). This is a strategy that I have been using with Apache Spark, but I could now implement it within R. Similarly, multiple database tables can be accessed concurrently, and so on.

I have only really scratched the surface of what is possible with futures. For example, future supports multiple execution plans including lazy and cluster (for multiple machines/nodes) – I have only focused on increasing performance on a single machine with multiple cores. If this post has provided some inspiration or left you curious, then head over to the official future docs for the full details (which are a joy to read and work-through).

ShareTweet
To leave a comment for the author, please follow the link and comment on their blog: R – When Localhost Isn't Enough.
R-bloggers.com offers daily e-mail updates about R news and tutorials about learning R and many other topics. Click here if you're looking to post or find an R/data-science job. Want to share your content on R-bloggers? click here if you have a blog, or here if you don't.