back from down under

By xi'an
[This article was first published on Xi'an's Og » R, and kindly contributed to R-bloggers]. (You can report issue about the content on this page here) Want to share your content on R-bloggers? click here if you have a blog, or here if you don't.
ShareTweet

After a sunny weekend to unpack and unwind, I am now back to my normal schedule, on my way to Paris-Dauphine for an R (second-chance) exam. Except for confusing my turn signal for my wiper, thanks to two weeks of intensive driving in four Australian states!, things are thus back to “normal”, meaning that I have enough of a control of my time to handle both daily chores like the R exam and long-term projects. Including the special issues of Statistical Science, TOMACS, and CHANCE (reviewing all books of George Casella in memoriam). And the organisation of MCMSki 4, definitely taking place in Chamonix on January 6-8, 2014, hopefully under the sponsorship of the newly created BayesComp section of ISBA. And enough broadband to check my usual sites and to blog ad nauseam. 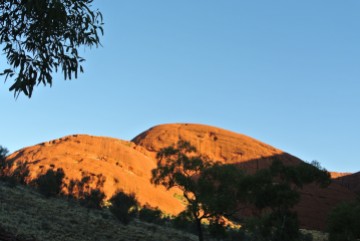 This trip to Australia, along the AMSI Lectures as well as the longer visits to Monash and QUT, has been quite an exciting time, with many people met and ideas discussed. I came back with a (highly positive) impression of Australian universities as very active places, just along my impression of Australia being a very dynamic and thriving country, far far away from the European recession. I was particularly impressed by the number of students within Kerrie Mengersen’s BRAG group, when we did held discussions in classrooms that felt full like a regular undergrad class! Those discussions and meetings set me towards a few new projects along the themes of mixture estimation and model choice, as well as convergence assessment. During this trip, I however also felt the lack of long “free times” I have gotten used to, thanks to the IUF chair support, where I can pursue a given problem for a few hours without interruption. Which means that I did not work as much as I wanted to during this tour and will certainly avoid such multiple-step trips in a near future. Nonetheless, overall, the own under” experience was quite worth it! (Even without considering the two weeks of vacations I squeezed in the middle.)